Hope you are getting ready for a nice New Years Eve holiday or at least a bit of the bubbly and a holiday spirit.  Have one on me and Happy New Year!

Be good to yourselves, you deserve it.

Well, I had hoped that The Boss would not get involved in the gun debate but I also wanted a white Christmas in Austin.  Not going to happen.  Either one.  So let me see if I can get his views down in print correctly.

Liberals say “gun control” and really mean gun confiscation.  As they say around here:  “Stop peeing on my leg and telling me it’s raining.”  Gun confiscation is not going to happen.

I have no problem with that view or that political objective but just don’t pretend it is something else.  It is gun confiscation, an outcome that is not likely to survive a collision with the Second Amendment but will rile up things in the process.  That negative energy will preclude getting anything useful done.

Take a look at Senator Diane Feinstein’s proposed legislation and read it carefully.  It is not just about banning assault rifles, it is about banning any handgun which has a magazine and one military characteristic — like a front sight.  This essentially means all hand guns which have any kind of a magazine.  That is not a realistic or good faith outcome.  I suspect that Senator Feinstein, who had a concealed handgun permit herself and managed not to commit any gun crimes while she held it, is going to use that provision as a bargaining chip to get what she really wants.

This is an example of a legitimate war trophy which would be banned under Senator Feinstein’s legislation. 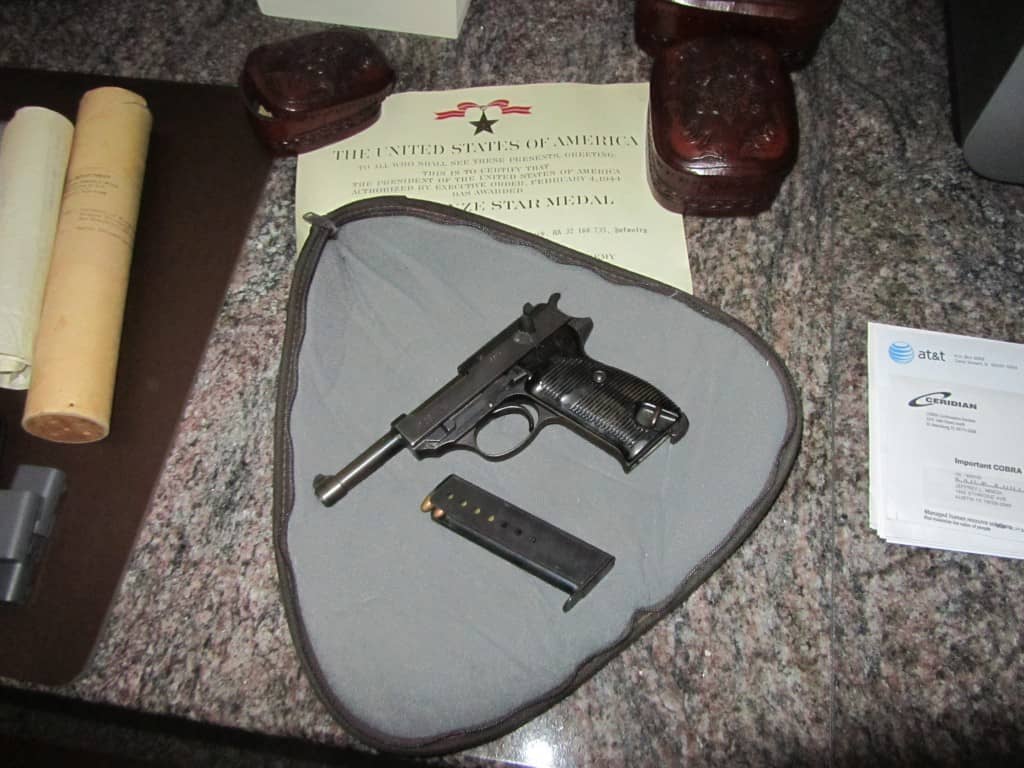 NRA types say “gun regulation” and mean keeping guns out of the hands of crazy people.  This is a mental health objective.  The NRA can be a leader on this front but they are going to be Hell on wheels against confiscation.

Most big ideas evolve from something small to something big during a protracted period of time.  The US had an “assault gun” ban from 1994 until 2004 and the US Congress could not get it renewed after it expired in 2004.

The current mania is attempting to force feed an artificial hot house solution to a problem using the perceived artificial crisis as a means to drive legislation.

As Rahm would say — don’t let a crisis go to waste!  Of course, he is one with zero credibility on this issue with over 500 gun deaths in Chicago alone in 2012.  He needs to ensure that his own knickers are clean before providing advice to anyone else.

Gun crime in Chicago does not need a single new law, it just needs to enforce the existing laws.

Joker:  How many NRA members does it take to change a light bulb?

The perception of liberals is that the answer to everything to the NRA is “more guns”.  Funny joke, but not really true.

The NRA is the Nation’s leading provider of gun safety and marksmanship training and education.  If you take an NRA gun safety and shooting course, you are well armed intellectually to deal with guns.  The only legitimate rival the NRA has in this arena is the military.

The Boss learned to respect and use firearms growing up in a military family, at Virginia Military Institute and in the Army.  It was a skill for his profession as a professional soldier.  He learned to use a huge number of American and foreign weapons.  He is an accomplished marksman having shot “expert” on every weapon he has ever been tested on.  He knows his guns.

He would be a stickler for the right nomenclature — and would not call a rifle a “gun”.

Should we control/regulate guns or crazy people?  Or both?

It is pretty clear that every recent mass murder has been perpetrated by someone who was wrestling with a mental health challenge.  Not an excuse and every one of them knew the difference between right and wrong.  But an important consideration nonetheless.

It is also clear that these poor souls also were able to get their hands on weapons which were either inappropriately available or poorly secured.  Worse still, ammunition was available or unsecured.

This is the nexus — the mentally ill and the security of weapons and ammunition of all kinds — at which a difference can be made.  In the recent Newton massacre, the perp was unable to buy a weapon in accordance with Connecticut law but was able to get weapons — unsecured and with ammunition — from his own Mother.  He killed his Mother.

Even when folks agree that this is as much a mental health issue as it is a gun availability and security issue, there is still room for improvement on both fronts.

In the current age of Big Data, there is absolutely no excuse — screw you ACLU — for not having the ability to identify, catalog and have instantaneous access to a watch list of persons of interest as it relates to a pattern of real violent tendencies or a profile that is highly probable to commit such heinous acts.

In the age of Big Data, this list should work as well as Visa or Amex approving the latest trinket of your shopping Jones.  This is pretty tame stuff these days.

In addition, the marketplace should be able to spot patterns of market place activity which “profile” trouble.  If one is a graduate student and has just purchased six weapons and 10,000 rounds of ammunition, then local law enforcement should be able to identify and call upon this individual in real time — Hell, before the ammunition and weapons even arrive.  Amazon can do this with your Christmas presents for goodness sake.

Instead of New York City sweeping the streets clean of Big Gulps perhaps Hizzoner and Gotham City would be better served by cracking down on gun violations of all kinds.

While I am truly supportive of the Big Gulp ban, I am more concerned to know how NYC can have feel so smug about having over 400 murders in 2012.  I can lick any Big Gulp that attempts to have its way with me but those murders are troubling.

So in the polarized battle between the lefties and the NRA, are there some ideas upon which common ground can be shared?  Can we crawl, walk run?

OK, now play nice with each other out there.  BTW, The Boss is a long time NRA member and he believes in this stuff.