No, this blog post is not about how to make the perfect Shish Kabob during your quarantine. Though that is not a bad idea. 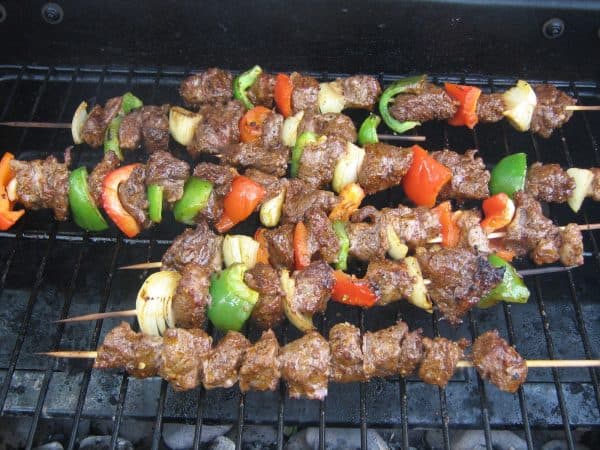 It is about the Congressional hearings at which the Tech Illuminati appeared to answer questions from our elected representatives.

The tech CEOs to be skewered included the usual suspects:

1. Jeff Bezos knocked it out of the park and won the day by telling his story of being born to a seventeen year old mother followed by inviting the Congress to regulate the Hell out of Amazon, to come sniff his underwear drawer.

It was disarmingly brilliant, almost like a vaccine. If the Congress is holding hearings about whether to regulate an industry and an industry stalwart tells them, “Come on down, y’all!” WTF are they going to do after that?

Plus, he did it remotely from his home in DC, the largest home in the Nation’s Capital where he was reading the Washington Post which he owns. He might have been with his new love, Lauren, but who knows?

Questioners allotted a few seconds of their precious five minutes to thank the witnesses.

Finally, the Chairman had to tell everybody to stop with the thanks because everybody only had five minutes.

3. There were a lot of questions about how one or the other of these giants had savaged some competitor. They were all true anecdotes, but the witnesses skillfully volleyed at the net and avoided answering any of them.

“Mr. Pichai, we have pictures of a human sacrifice at Go0gle headquarters. Video and still photos. Somebody had a sketch book. Look at the Google logo on the building. We have an affidavit from sixteen persons, including a man of many colors, a gay Alaskan Indian, a lesbian, two transgenders, one person whose sexuality is so complicated I could not fit it into my five minutes, and two vendors who supplied the wood, the fire enhancer, and the matches. They all agree that this happened. What say you?”

“Congresswoman, thank you for that question, but before I answer it, allow me to reflect upon how we came to build that building in that particular location. It had to do with the angle of the sun. If you look closely at your first picture you can see that it reflects off the solar panels — totally renewable energy for this new facility — as it strikes the cross and the fire pit. That is not an accident.”

“The gentle lady from Michigan’s time has expired.”

“Let the witness finish his answer,” implored a Republican Congressman.

“The gentleman from the white supremacy party is not recognized.”

4. There were a lot of questions about how some Congressman’s MailChimp fundraising email didn’t reach a cousin who lives in Key West and who can always be counted on for a $5 contribution. The Google guy promised to get to the bottom of that personally. Later, he had his aid give the Congressman $20 and to keep the change. It was a touching moment.

5. Mark Zuckerberg in a feat of incredible gymnastics displaying superhuman flexibility even answered a question that was clearly intended for Twitter, but, alas, Twitter was not there.

This did not faze Zuck in the least. He acknowledged that it had nothing to do with Facebook and went where no other man might have gone, but not until he thanked the clueless Congressman for his excellent and insightful question.

The Congressman didn’t even seem to mind nor did he exhibit even the slightest whiff of embarrassment. In fact, he thanked Zuck for his answer and for the campaign contribution.

What really happened is that nobody asked the question that everybody really wanted to hear the answer to. It might have gone like this.

“Mr. Bezos, you are the wealthiest man in the United States?”

“Thank you for that question, Congressman. I am.”

“Recently, you divorced your wife after decades of marriage and the issuance of a number of offspring from her loins is that correct?”

“Yes, Congressman. Her name is MacKenzie. We were married for twenty-five years, and we have four children.”

“Yes, Congressman, that is correct. In spite of that generous settlement, I am still the richest man in America. She isn’t doing too bad either.”

“Isn’t it true, Mr. Bezos, that you took up with a woman with a surgically enhanced bust line by the name of Lauren Sanchez?”

“We are dating. That is true.”

“Is Miss Sanchez the home wrecker she seems to be? Is she and her surgically enhanced bust line the reason you walked away from a woman named MacKenzie, a quarter century of marriage, and four kids?”

“That is a gross mischaracterization, Congressman.”

“How would you characterize it, Mr. Bezos? Take your time, but I only have five minutes.”

“I would say that after having loved MacKenzie for a quarter of a century, I was fortunate to find another love, quickly I admit.”

“You might characterize it that way, Congressman. I would not.”

“OK, let me stop beating around the bush. You, sir, have spent more money than any other man since Adam to get what must be the most expensive shot of leg in the history of mankind and monkeykind. Can that thing be that good? I want to know the answer to that question, Mr. Bezos.”

“The gentleman’s name has expired. You do not have to answer that question, Mr. Bezos, because the gentleman is a Republican.”

That, dear reader, is how the Tech Grilling — Congressional hearings — went yesterday. Four smooth operators, many of whom or their companies contributed to those questioners, dodging questions whilst displaying the difference in raw intelligence between the political class and the Tech Illuminati. It was ugly.

“Thank you for your questions.”

OK, serious comment: Who in their right mind thinks you are going to get to the bottom of the doings and not doings of four multi-billion dollar companies by allotting five minutes to some of the most venal, narcissistic contribution snagging Congressmen? Five minutes, likely four minutes net of thanking people.

But, hey, what the Hell do I really know anyway? Thank you for that question BTW. I’m just a Big Red Car.