Big Red Car here.  Ahhh, The Boss had a terrific day of pressure washing <<<link here yesterday and is about half through with the backyard.  Nice to see the Old Boy get his relaxation on from time to time.  He seems so damn content.

So The Boss was visiting with one of his brilliant CEOs and with no prodding the CEO offered up that times were good and he hoped he did nothing to screw it up.

[Note:  This is the compilation of several similar conversations so you might recognize a snippet of yourself or you may not.]

The CEO was content, happy and sleeping like a baby.  It was wonderful to listen to him speak.  This was happening in a framework of significant growth for the company and the hiring of additional senior level folks.  It was a time in the life of a company and CEO that can be understandably stressful.

The typical entrepreneur is engaged in trying to stuff 100 lbs of feathers into a 50 lbs bag.  That is the nature of the trade.  It is the business you have chosen.

This results in an understandable sense of anxiety.

The list of The Boss’s CEO clients who exhibit this perfectly normal trait is long.

Bad/good news:  It is perfectly normal.  It is the business you have chosen.  You will live through the experience.

A bit of it is completely self inflicted and perhaps today we can put a bit of salve on the chaff marks.

This CEO and a few others expressed a sense of contentment and the question is why?

Several of The Boss’s CEOs have undertaken to revisit and update their Vision, Mission, Strategy, Tactics, Objectives, Values and resultant Culture.

In this instance the CEO had pulled out of himself — bit of coaxing to grease the skids — what was already in there.  It was always in there.  But he put it in writing and then had an offsite meeting with his key staff.  The combination of putting a clear Vision, Mission, Strategy in writing was energizing for the CEO and when communicated effectively in an offsite with his management team powerfully aligned the efforts of the entire team.

Every CEO who has done this recently emerges beaming, energized and only regretting they had not done it earlier.

The Power of Alignment is a damn good read.  Read it here. 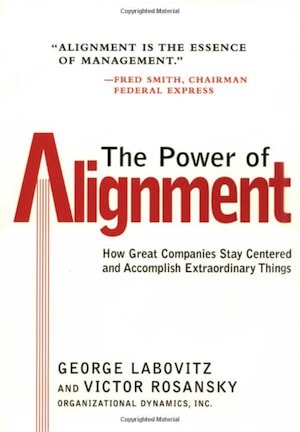 It was miraculous, well almost.  If there was a magician involved, it was the CEO and his efforts to get it right, get it in writing and communicate it powerfully.  The result was alignment.

Getting the basics right — which are often only in the CEO’s head but firmly in the CEO’s head nonetheless — which must be revisited once or twice each year, putting them in writing, communicating them to the team and getting them to buy into them is a potion which creates a palpable flow of energy.  It is like a corporate cleanse removing accumulated toxins and injecting a new, pure and aligned energy.  [Bit of sunshine being blown up your skirt here, beware.  Haha, STFU already, Big Red Car, and get on with the story.  Please.]

[Note:  The combination of an anonymous company survey to gauge current views and morale coupled with an offsite to discuss the business with a splash of an updated Vision, etc. is a wonder working phenomenon.  Several of The Boss’s CEOs have done just that.  In every instance it has created alignment, unleashed energy and advanced the business.   It is CEO catnip and it works, ya’ll.  It damn sure works.  Remember when the Big Red Car puts stuff in brackets only ya’ll and the Big Red Car can see it.  Haha, Big Red Car, you’re nuts.]

So the CEOs were able to unleash the powers of alignment and create a massive pool of energy.

This resulted in a meaningful and measurable release of anxiety and stress.  This why the CEO is feeling content, happy, energetic and is sleeping well.

How long does it last?

Bad news, ya’ll, this will not last forever but it can last for a lot longer than you might think.  You can ride this wave for a long time.

A couple of The Boss’s CEOs who have recently been through this are riding a wave of stable profits and they can nurse this financial result — it is not a windfall as ya’ll earned this outcome — for a while thereby stockpiling cash reserves as a bulwark against an uncertain future.

When it crashes on the shore, as it will, you know that you can attain such a feeling of balance and you will be able to do it again in the future.  You know what it feels like and you know you can do it.   Once you have been to Paris, you can get there again.

The Boss has often opined that the slings and arrows and worries we are visited by are the fuel that drives performance.

When that fuel is converted into the work of organizing the company, testing for the current condition of things, revisiting the basic building blocks of the company and aligning performance with the Vision, Mission, Strategy of the CEO and company — untold power is unleashed.

The Boss has watched CEOs grow into their jobs as they solve problems, meet challenges and convert their anxiety and stress into action, effective action.  There is not a single CEO with whom The Boss is working who fails to demonstrate meaningful progress toward their Vision in a number of different industries.  These folks are all do-ers and it shows.

Success is within the grasp of each and every one and it is the friction of life which reveals the character and strength within.  But, yes, contentment and a good night’s sleep are within your grasp also.  Go get some.

[Funny side note:  The biggest negative of the continuing Obamacare debate is the incredible flow of tension inundating the entire country.  A year from today you better hope you have mental health coverage because we are all going to be nuts by then, no?]

But, hey, what the Hell do I really know anyway?  I’m just a Big Red Car, a content Big Red Car.