Big Red Car here in the ATX on a lovely day. Got a call from Donald Trump, who said, “Big Red Car, you’re handy with numbers, right?” Before he said anything else, I knew he was talking about the WALL.

“How would YOU finance the WALL, Big Red Car?”

To which I reply, “Well, Donald, I’d put a little tariff on imports and exports. That’s what I’d do.”

“Will that work, Big Red Car?” asks That Donald.

“Best to Melania, Donnie. See you when the WALL is finished.” 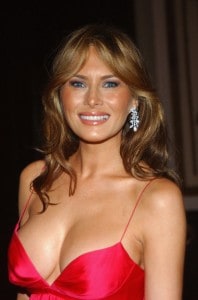 OK, Big Red Car, how much is the WALL going to cost?

Still, in the size of the US – Mexico trade relationship it is not that big, no?

How long to build the WALL, Big Red Car?

The WALL will take less than five years to build.

The aggregate distance of the US – Mexico border is approximately 2,000 miles, so to get the job done in 5 years, we need to build about 400 miles per year. No hill for a climber. 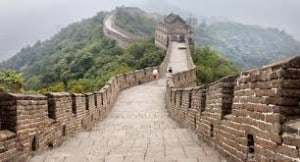 Nice pic of another WALL project somewhere in China, no? Looks familiar.

How you gonna pay for it, Big Red Car?

We are going to put a tariff of 0.25% on all goods flowing either to or from the sovereign nation of Mexico.

Not very much is it, dear reader?

[The remaining balance will be used to renovate all 1966 convertibles starting with a new paint job for the Big Red Car, y’all. Hey, I’m looking for my little bit of mordida, no? I’m a freakin’ capitalist.]

Voila, the WALL is built. The WALL is paid for (by Mexico essentially) and the country is secure.

But, hey, what the Hell do I really know anyway? I’m just a Big Red Car. Be kind to yourself. You deserve it. I’m headed to the border to sell lemonade to the WALL workers. See ya.