Yesterday, somebody sent me a link to the formal ritual whereby the freshmen/women (called “Rats”) of the Virginia Military Institute are pried loose from their parents’ loving arms and deposited with a third class corporal to be whipped into hard men and women during four demanding years at the nation’s oldest state military school.

At a school founded in 1839 which has provided warriors to fight our wars since then, ritual is an important element in the process — the unique process that turns an unshapen lump of clay into a hardened vessel in four years.

Sixty-one percent of the Rats will study math, science, or engineering and they are from 34 states and 4 foreign countries. They have an average GPA of 3.7.

It is a touching ritual. If you are bored today, watch it. Do you know of any other school that takes its students in in such a fashion?

The man speaking, the Superintendent of VMI, General JH Binford Peay III, VMI ’62, was the commander of the 101st Abn Div in the First Gulf War which conducted the longest airmobile movement in combat of any division in the history of warfare, setting up shop behind the Iraqi invaders of Kuwait. He was also the Centcom Commander as a 4-star General. [He has whipped VMI into the best shape it has ever been in since 1839. Personal view. He is also an inspiring leader and a good guy.]

One of the speakers, the Commandant, a warrior with almost three decades of military service made the distinction between failing and quitting. It is an important distinction.

As a startup CEO or as a professional or as a parent — you will be faced with difficult tasks that one understandably would like to unburden themselves of.

You will encounter tasks so difficult they simply cannot be completed.

The manner in which you deal with these challenges will mark you, color your existence.

If you have given your best, if you can say, “I did all that I could with what I had as fairly constrained by time,” and have not accomplished the objective, you have failed.

Failure is neither permanent nor fatal. It is the state of your existence before you pick yourself up, recharge your batteries, and take another swing at it.

On the other hand, if you decide that the objective is unattainable by you — that “by you” is important — and you throw it overboard, you will have quit.

Success after a hard course of effort is a beautiful thing, earned at full price.

Quitting is a permanent status. It is not a transitional status like failure. It is permanent and the mark on your life is indelible.

This comparison comes to me when I think of the hard row, the path less traveled these young men and women of our nation have chosen. Some will fail. Some will quit.

My concern is this — do they know the difference?

In business, it is perfectly understandable to fail. Business lore is filled with stories of endeavors that took a decade to become “overnight” successes.

In business and in life, it is not acceptable to quit. It will mark you forever and in that dark little place in the back of your brain where you talk to you, a voice will say, forever, “You quit.”

Life is not perfect. Life is not fair. There are some situations in which you will never succeed. But, only one person determines whether you quit. Don’t be a quitter.

This is not pollyanna advice from the sidelines. In the hardest things I ever did at VMI, in the Army, in business — I got kicked in the teeth plenty of times, but I never quit. I learned that at VMI when I matriculated in 1969.

Even if you have quit in the past, know there is plenty of time left to embrace that lesson. Don’t live in the past. Forgive yourself and move on. But in the future, don’t quit.

In matters large, small, important, unimportant — never, ever, ever quit.

Say a prayer for those VMI Rats; they are in it up to their eyeballs today. Of the 515 who matriculated, they may lose as much as half of their class before their four years are up. Those who survive will forever be changed as will those who didn’t.

But, hey, what the Hell do I know anyway? I’m just a Big Red Car. 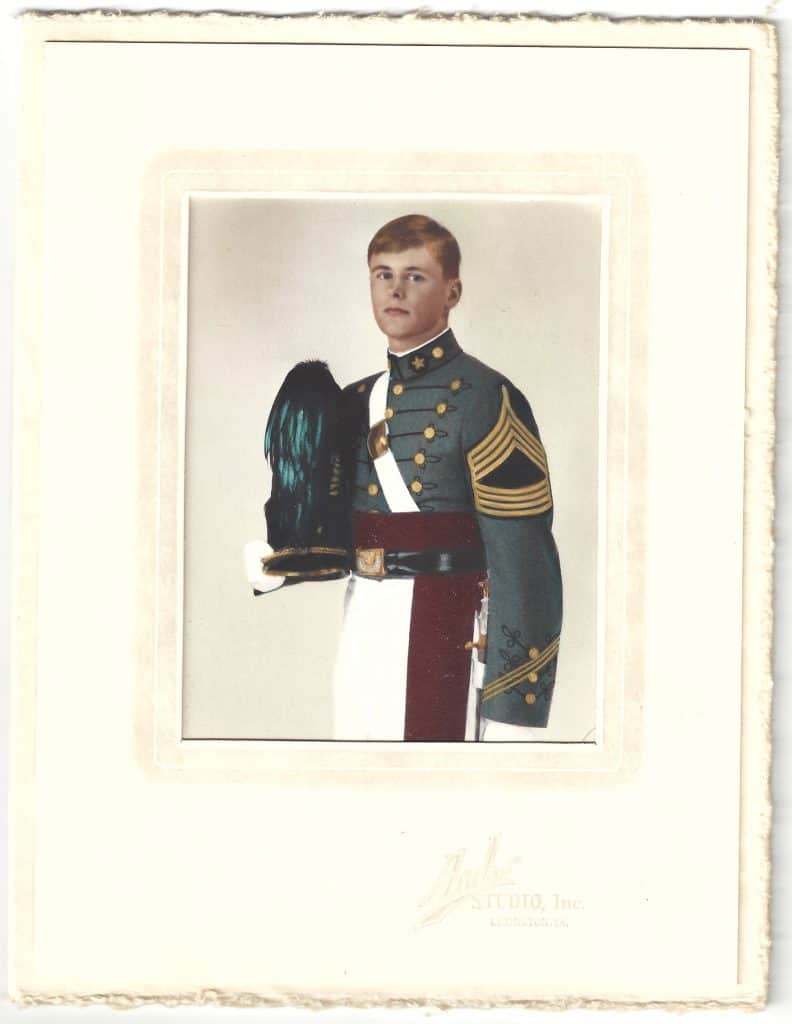