If you are a moron, you may be enmeshed in a discussion as to the likelihood that President Donald J Trump will seize the reins of power and become our President for Life — shorthand for becoming a dictator.

This is in keeping with both China and Russia, who have both recently anointed their leaders as Presidents for Life. It is a trend. Is this trend our friend?

There are people running about who seem to be normal — my mother used to whisper, “The only normal people are those you don’t know very well” — and even educated.

A few have doctorates. A doctorate does not inoculate you from being a moron. In fact, it may accelerate the condition.

These morons are running about with their hands in each other’s pockets whispering that there is a meaningful chance that President Trump will become President for Life, a dictator.

Some put the odds at 0-10%. [Note: Pretty much everything in the world has a 0-10% probability, including winning the lottery. So, this is no bold statement.]

Some of these particular morons link this to the election coming in 98 days with a scenario in which POTUS Trump does not “accept” the outcome of a loss at the hands of Democrat Candidate Joe Biden and refuses to leave the White House come January 2021..

Others disregard the election angle, thinking just in general that the Old Boy is on the verge of a dictatorship because he sent some “storm troopers” out to Seattle to discourage the 750 local, nightly rioters (also morons, but a different tribe of morons) from burning down the Mark O Hatfield Federal Courthouse. [Federal Courthouses are expensive, are the place of employment of lots of folks, and are essential to the judicial system. It is easy to forget this sometimes.]

For the record, whilst I was a “paratrooper” and a “combat engineer,” I was never a storm trooper. (Is it one word, “stormtrooper” or two?)

In fact, they used to let us pass on jumping out of the plane if there was a “storm” on the drop zone. Too many broken bones. Do storm troopers get better pay? Storm pay? We used to get $60/month jump pay.

When I read such things, I usually get up, lock the doors, and stop answering my phone. It could be contagious. [I am currently home with COVID16, so the whole contagion thing is on my mind. Very mild case, mine, so therefore the COVID “16” v the “19.” No disrespect intended to those who have suffered. Godspeed.]

So, I am here to tell you why this will not happen — the whole Donald J Trump as dictator shtick. Ready?

1. Guys like me will not allow it to happen. By that I mean those who got off their ass, served in the military, learned something about how to lead troops in difficult situations — different bunch from the PhD crowd. We were handy guys, guys who can do stuff and make it stick.

We will not allow it.

BTW, I like many Trump policies — first amongst them the Canadian Softwoods Lumber Tariff, but still no “President for Life” thing. Not. Going. To. Happen. Period.

2. The military is filled to overflowing with guys like me — guys who knew the words to their oath before they repeated it. They are not going to allow an American dictator.

3. Veterans will not allow it — I am an exemplar of a veteran. In any future uprising, find out which side the veterans are on. They have had specialized training that is not part of the core curriculum in the “ladies studies” major and know how to use guns. Many of them own guns. They will be on the winning side. Pro tip. You are welcome.

4. If a chap announces, “Look, I’ve decided to become the American President for Life. I will be taking over right now,” then, after the laughter dies, he will find he has no followers. He will have no followers amongst his Cabinet. Both his Sec of State and Sec of Def went to that trade school on the Hudson known as West Point. Those West Pointers are familiar with that oath.

5. Same chap will have no followers amongst his military — even after the officers tell him, “Uhh, not today, amigo.”

The 101st Airborne Division will not seize the District of Columbia. Neither will the 82nd Airborne get off its ass. The CIA, the FBI, the NSA — the entire alphabet soup will not participate.

Kushner says he isn’t throwing in with the President for Life and he’s family.

Pretty soon, it will be apparent to everyone — including MSNBC — that the idea of an American President for Life is a very goofy idea and that it will not happen.

Odd chance they will do some actual reportage, conclude, “Uhh, I don’t think the Orange Man even wants to be President for Life. Says the housing arrangement is sub-ideal. Where did this come from? Sounds a little moronic.”

Even the people who did not “accept” the election of 2016 will get it. Sure they didn’t accept that election, but that was different. [Does not apply to any women named Hillary.]

The whole thing is likely not to even hit “launch” because the Old Boy, this Donald J Trump character, is likely to be re-elected.

Then, I suppose the morons can move on to the year 2024 and see if Donald J Trump seizes power for life then. It will be nice to have a 4-year breathing room, no?

So, if you see a moron today and they start the conversation about the likelihood of President Donald J Trump becoming either a dictator or the President for Life (like Xi or Putin), tell them you know people, serious people, people who own guns and have specialized training and who have sworn an oath to the Constitution, who will not allow that to happen.

Speak slowly because morons are very excitable and are often triggered when people don’t agree with them. 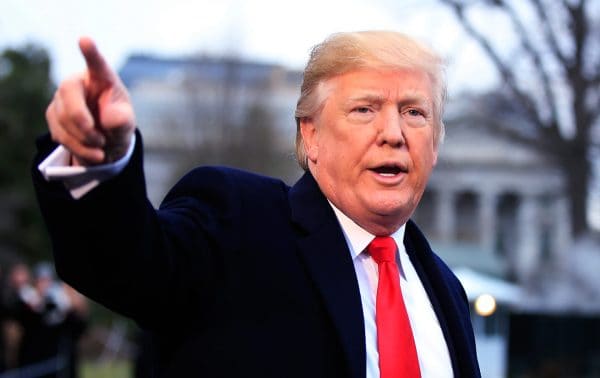 Hey, you morons, get off the grass.

Go home, lock your doors, and stop taking calls. They’re morons and it could be contagious. Wash your hands.

Being a moron is completely preventable. It may require reading, thinking, and hard stuff like that. Even if you forget to wash your hands, do not be a moron. Remember, guys like me will not allow that other thing to happen.

But, hey, what the Hell do I really know anyway? I’m just a Big Red Car, but I am not a moron.