Tech can be a good thing; tech can be a bad thing. China, a vicious Communist country, is using tech to control its people. Soon they will use it to reward and punish their people. It is all about control. Let’s dig into this.

China — the world’s largest country by population — has 1,420,000,000 people. Some (talking to you, Hong Kong) are yearning to be free, free of the Communist leadership that desires to suppress the yearnings for freedom while controlling everybody. The promise of “One China, Two Systems” has evaporated. Hong Kong is going to conform to Beijing’s wishes or disappear.

Look at the picture of Moe and Larry. Two clowns who could cause a lot of trouble, who are big pals. If the Chinese wanted to control North Korea, they could do so in a heartbeat, but they don’t want to. 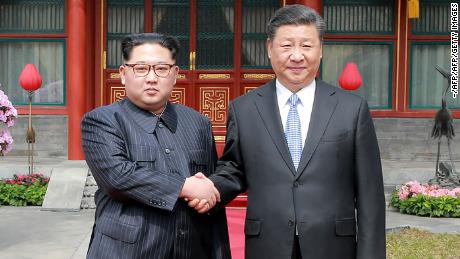 China is 92% Han Chinese with the balance being “other” minorities like the Uyghurs (Uygurs, Uighurs, Uigurs). The Uyghurs are a Turkic ethnic minority, one of the 55 “ethnic minorities” recognized by Beijing.

Since the 16th century, the Uyghurs have been Muslim which has defined their culture and identity. In China, there are 11,300,000 Uyghurs. More about the Uyghurs later.

What got me thinking about digital despotism was the announcement by the Chinese that they have developed a 500 megapixel, cloud-based, camera system — five times sharper than the resolution of the human eye — that will be augmented by artificial intelligence, facial recognition, real time-recognition, and cloud computing and storage technology.

It can supply pictures, video, and audio. It can match the same.

At the same time, China is becoming the most video-documented society in the world, as well as advancing facial recognition payment services faster than any other country.

More than 100,000,000 Chinese use Alipay (part of Alibaba, China’s largest ecommerce company) and WeChatPay that are based on facial recognition. More than 1,000,000,000 persons use WeChat in China monthly. At first, this feels like good tech, but stay tuned.

Facial recognition is already a mainstay of law enforcement and intelligence gathering in China.

So, what does it actually do, Big Red Car?

The Chinese super camera can pick out a single targeted face within a crowd of 10,000 persons in less than three seconds!

It can take a person’s drivers license picture and find that person in a crowd. Stop and consider the possibilities.

It can identify anyone they want to in the same crowd.

It is not just the camera; it is also the connected cloud database.

China has been developing a system they call the Social Credit System (to be rolled out next year, 2020, but well underway) wherein every citizen and company will have a score attached to their person based on their economic, social, and political reputation.

The Chinese have announced they will have 33,000,000 companies rated and on the system by 2020. They make no bones about the fact that they will share this information with the entire Chinese government including law enforcement and intel.

Top citizen scorers will have access to superior treatment in the public square, at hotels, at airports, in loan applications, and be eligible to attend better universities and get better jobs.

There will also be a Deadbeat Map that will allow WeChat members to identify those who don’t pay their bills in a timely manner or who are irresponsible about cleaning up after their dog. You will be able to identify these deadbeats within 500 meters of your location.

Whoa! Now hold on. Yes, dear reader, the Chinese admit they are going to score every citizen and control their life based on their behavior.

The Chinese say these “citizen scores” will be used to “reward the trustworthy and punish the disobedient.” They are going to disseminate the info to their citizens.

Haha, what could possibly go wrong with that?

Yes, way, dear reader. Already more than 15,000,000 Chinese citizens have been punished — with many more being listed on “blacklists” — for not being “trustworthy.” More than 32,000,000 plane tickets have been cancelled together with 6,000,000 train tickets. If you are not trustworthy, you will not be able to travel. This is how tech can become bad.

Airlines with bad scores could have their landing rights cancelled.

Right now, I want you to focus on the reality that China will be scrutinizing the behavior of its citizens as it relates to their social media presence, their public behavior, their presence at troubling events or locations, and their political, social, and economic behavior.

The Communist regime will grade the behavior of its citizens rendering a relative value on the citizen that will be used to reward the compliant and to punish the disobedient.

The Chinese are not going to wait for you to do anything. They are going to do this up front.

The score will result in superior lifestyles for the obedient/trustworthy and a barbed wire enema for the disobedient.

This is really happening.

Which brings me back to the Uyghurs as an example of what can happen to a Chinese citizen if they happen to get on a blacklist. The Uyghurs are all on the Chinese blacklist.

The Uyghurs are Muslim. They have suffered the following ills at the hands of the Chinese:

1. The Uyghurs live in a police state administered from Beijing in which their religious, cultural, and social life is impinged upon through continuous police surveillance.

The Uyghurs live in Xinjiang Province, a long way from the media. 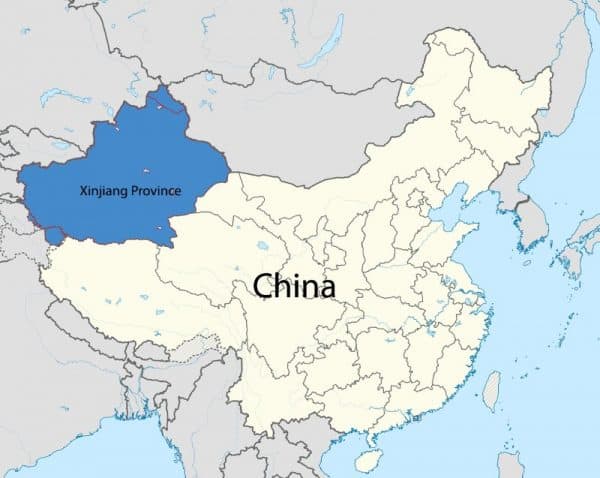 2. They are monitored to see if they own books, grow a beard, own a prayer rug, smoke, or drink. Some private homes of Uyghurs have cameras installed to provide 24/7 surveillance in their private homes.

3. The Chinese have interned some unknown number of Uyghurs — perhaps as many as 1,000,000 — in mass detention camps, re-education camps, to modify their beliefs.

Here are some Uyghurs enjoying Chinese hospitality. Looks like fun, no? 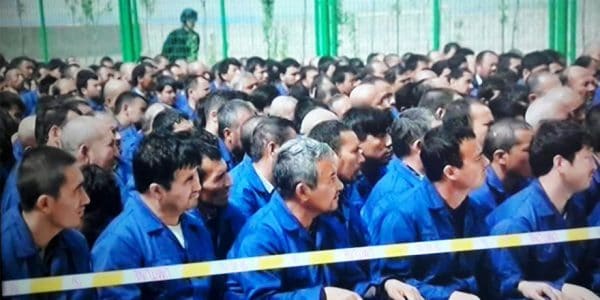 To win a free trip to a detention camp, one must only be related to someone who is on the Uyghur blacklist for some reason the victim will never know.

Clearly, this is not just an attempt at re-education; it is punishment for any form of cultural or religious expression.

4. When pressed, the Chinese say this is to combat terrorism and to provide vocational training.

The Chinese have separated more than 500,000 children from their parents and placed them in training camps surrounded with electric fences with 10,000 volts because nothing says “vocational training” like an electrified fence.

5. Before the advent of the Chinese Social Credit System, the Uyghurs were giving up blood for DNA testing and cataloging.

6.  The Chinese make no bones about their objective — the cultural, social, religious genocide of these Muslim people. They do not offer any path toward assimilation into greater China.

What I want you to focus on, dear reader, is what happens to you or an entire people when they get on a Chinese blacklist. It isn’t pretty.

The Chinese Social Credit System is the beginning of the end for freedom in China. Know it as such.

It is also an example of the use of technology for evil. Digital despotism. Think about this.

But, hey, what the Hell do I really know anyway? I’m just a very concerned Big Red Car.