When a startup reaches year three it is no longer crawling in the crawl, walk, run continuum. It has survived the danger zone (imagine Top Gun soundtrack of Danger Zone) in which most companies fail. 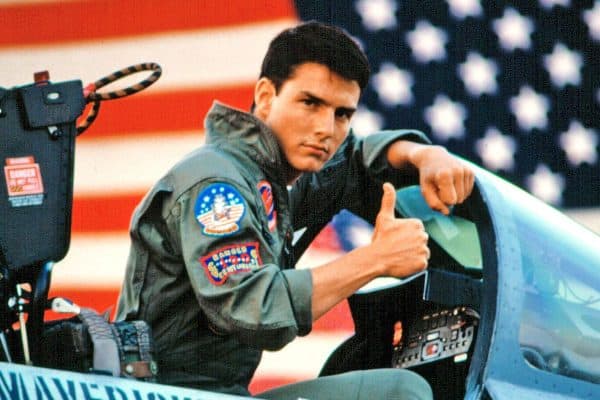 “Highway to the Danger Zone, CEOs. Listen up,” says Maverick.

If it is typical, it has a well developed product or service — well beyond Minimum Viable Product — and if it is in the commerce space it may have sales of as much as $10,000,000. It is likely profitable and if the growth rate continues, it will be very profitable.

With success comes a new set of problems and many times they are related to staff. Has the staff grown at the same rate as the company? Can the staff you hired when the company was a seed run this larger and more complex enterprise? It happens all the time.

The company is the realization of the founder’s vision and the company itself is a living organism which brings with it some of the typical problems faced by an adolescent company. One of those problems is the desire for the scaling staff to exercise initiative in the execution of their duties.

Every CEO faces this same issue — my people are working hard, but they come to me to solve every bloody problem. I wish they would exercise some initiative.

In the context of the startup, “initiative” is the creativity, innovation, energy, common sense that creates and drives independent action by a group to support the mission of the company.

Initiative is often the result of finding a problem and attempting to ensure that it doesn’t happen again. If a product is shipped with a flaw that is identified by customer feedback, quality control may add that specific item to a pre-ship checklist. This act by quality control is initiative.

In the life of a startup, the founders can carry the company only so far until they reach the limit of their own capabilities, whereafter they add staff to broaden the professional capabilities of the company.

Co-founders are often mated because they are complementary in their skills sets — meaning they do not overlap.

When co-founders are supplementary — skill sets overlap — the startup must move more quickly to broaden the skill set of the company by adding people at the top.

How does this manifest itself, Big Red Car?

The typical manifestation is the CEO expressing vexation with some bad outcome.

How do you bake it into the startup cake, Big Red Car?

Here are some ideas I have seen work:

1. Make damn sure that you identify every position in the company in which you want the incumbent to exercise initiative.

Write it into the job description.

2. Make the exercise of initiative part of the performance appraisal effort. What you measure (you keep score on), you manage.

People will pay attention to anything that impacts compensation.

3. In your weekly check-ins make the exercise of initiative part of the dialogue.

4. Use exemplars to establish the “good” outcome you are looking for.

The behaviors you reward will be duplicated. Trust me.

5. Teach and train to the desired outcome.

Can you give me an example, Big Red Car?

Of course, grasshopper. Let’s talk about making a product development decision. Here is how initiative looks. Some ground rules.

4. So, the product development manager does what I call “complete staff work.”

Go read this when you get a second. This is how General of the Army Dwight Eisenhower ran his shop. He did OK.

She lays out the objective and gets buy in from everybody. You have to be working the same problem.

She identifies the constraints as to cost, time, and other variables and gets buy in from everybody.

She identifies all of the alternatives.

She lays out the pros and cons of each alternative and compares them.

She takes a hard look at competitors and makes sure there is room for the new product.

She makes a recommendation including its pros/cons, cost, and time.

She explains her rationale.

The recommendation may be flushed, but it is very important to make that recommendation and to explain why — the rationale. This is how the CEO builds trust in the product development manager — by watching her make decisions.

If done in this fashion, the co-founders’ job of making the final decision is streamlined and the areas of conflict between and among the alternatives are exposed in such a manner that an efficient conversation can be had.

In an ideal situation — haha, there were some back in the last century — the CEO says, “Make it so.”

That is what initiative looks like in the real world.

The issue of initiative is a constant problem as companies grow and in that growth the founders recognize their inability to control  everything, so they hire and delegate, but they still want and need initiative at all levels of the company from the right people.

Not everybody can impact the company’s fortunes by exercising initiative. Not a condemnation, but reality.

This is a year 2-4 sort of problem, so don’t beat yourself up if you have been open for business 6 months. Wait on it.

But, hey, what the Hell do I really know anyway? I’m just a Big Red Car and I’m going to exercise the initiative to get an oil change and a shampoo. Haha. Be good to yourself and those you love. Take a stab at praying.