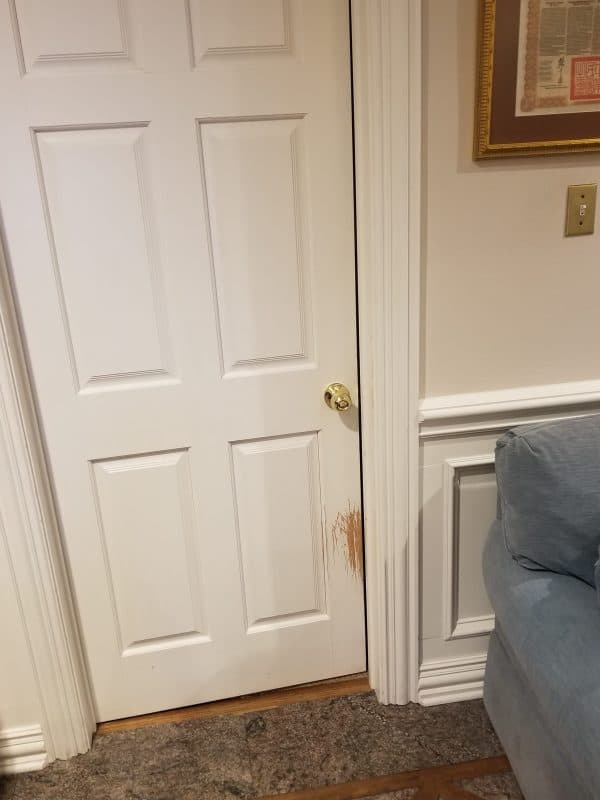 Look at the scratches on this door. It is the door to my office at home from which I have worked for 25 years. Those scratches were made by a Labrador named Bella.

She was forbidden to lay on my couch, but I always let her. Whenever I would take a nap, she would lie next to me, every so often presenting her head to be scratched. If you scratched her head, you had to sign on for a long time. 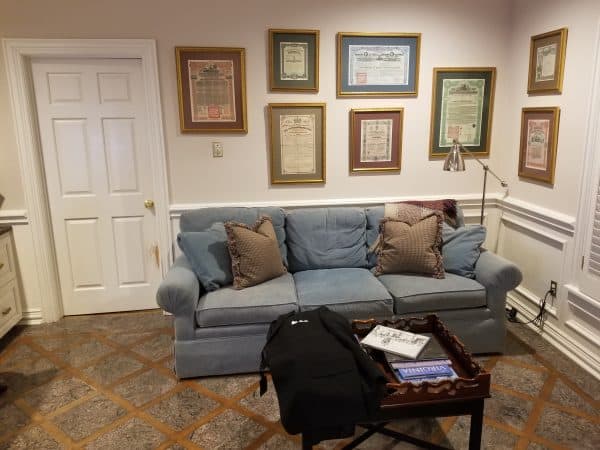 Bella was actually My Perfect Daughter’s dog. MPD had her during her high school years, then Bella was my constant companion during college and when MPD worked in New York.

Several years ago, Bella went to live with MPD in Atlanta and then Savannah. Whenever I would come to visit, Bella would come up and nuzzle my hand as if to ask me, “How goes it, big fella?”

Back to the scratches: whenever Bella needed to attend to her personal hygiene, she would scratch on the door to call my attention to the press of nature. I am in the process of renovating that house to sell it and I am going to have a very hard time painting over those scratches. I don’t think I will.

Bella was an affectionate dog who lived only to hang out with her people. Brought home from a lab rescue (harder than getting your kids into college), she was a little wild, but settled down (as do all labs) to become a calm loving dog. 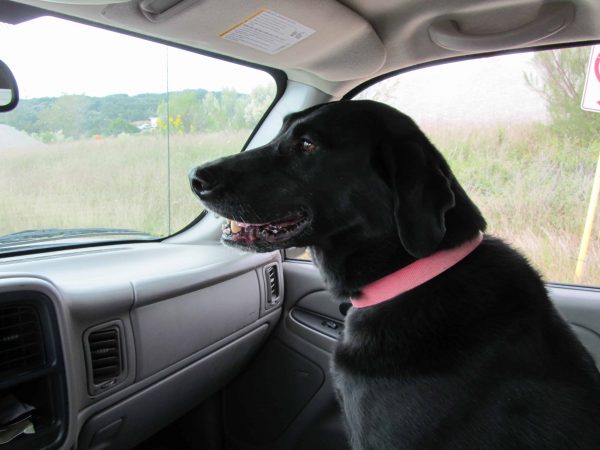 Bella and I used to roam the countryside in my truck. (She really loved to ride in the Big Red Car.) Her favorite thing was to go to the lake house whereat there was a herd of deer that she would chase across a golf course. Then, the deer and Bella would take a rest and, after an appropriate period of time, she would chase them back the other direction. This could go on for some time, but when I called her, she would come running.

If the window was open, she loved to launch from the truck and run toward the deer. I was her witting accomplice.

One time, we got to the lake house and about 20 deer were sunning themselves on the lake side grass. Bella ran down (the downhill run was why she was able to succeed) in this instance to find a huge buck and knocked him down. The buck leapt up and offered battle with horns down. Bella made the loudest bark I ever heard from her as if to say, “No, dummy, you’re supposed to run.”

On the way home after an adventure, Bella would tuck into a ball and sleep. 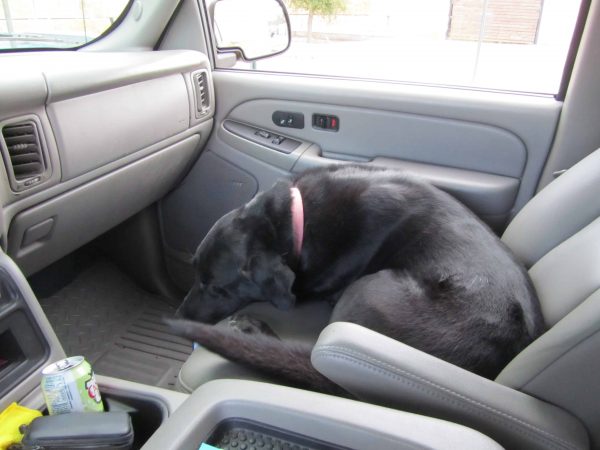 Bella was 17 years old. She died suddenly a couple of days ago in Savannah where she lived with My Perfect Daughter. She died from a ruptured, twisted intestine. I hope she didn’t suffer.

The only real standard of excellence we really face in life is: “Can we be the men our dogs think we are?”

I will pretend not to mourn. I would rather celebrate that such a magnificent, loving creature lived.

Excuse me, my eyes are watering. I seem to have gotten a piece of dust wedged into the corner of my eye.