Big Red Car here.  Well, my friends, it will be another day in paradise here in the ATX.  Yesterday was gorgeous.  Today will be gorgeous.

Crisp temperatures in the morning.  Not quite cool enough to start hauling firewood but cool.  Maybe next week we can start having a nice little fire in the evenings or mornings.  We shall see.

So The Boss is visiting with one of his brilliant CEO coaches and he gets on the subject of how one creates and “operates” a company culture.  The chat is interesting and lively.

Go take a look at this link The Company Culture Series and refresh your thoughts about the creation of a sound and vibrant company culture.

Where does the company culture originate?

The CEO is the wellspring of any company’s culture.  He is the fire starter.  Remember that in life there are:

3.  People who will piss on your fire.

In breathing life into a robust company culture you are playing with fire, avoid the fire pissers.

You will consider company culture in your subsequent hiring decisions and you will also consider culture “fit” in who you retain and promote.  When you have a bad “fit”, deal with it immediately — you may have to fire that person — and do not allow this person to suck energy out of the company, taint the company or otherwise be a force counter to the company’s best interests.

Even if you think you have a “rockstar” employee who exacts a cost on the organization to maintain his rockstar status know that one bad apple can, in fact, spoil the entire barrel.  [Hey, you knew that already, didn’t you?  Haha, sayeth the Big Red Car.  STFU, Big Red Car and get on with the story.  Please.]

Can you “operate” a company culture?

Once the company culture has begun to take root, then it becomes a power unto itself.

Many times this identification is reduced to a short identifying phrase or motto.

Ever been in Alabama and heard — “Roll Tide!”

You might be familiar with the University of Alabama’s National Championship football team which seems to have won every game for a few years.  Roll Tide!  [Hey, it’s OK to hate on Coach Nick Saban but the guy is a machine, a powerful CEO type machine.  Coach Satan takes no guff from any players, is ten deep at running back, is an extraordinarily adept technical manager, is paid like a King and just keeps delivering the results.  But, yes, you can hate on him if you are so inclined.]

In the Army, Special Forces’ motto is De Oppresso Liber — “free the oppressed”.  This motto and the distinctive green beret are the identifying symbols of a very elite force. 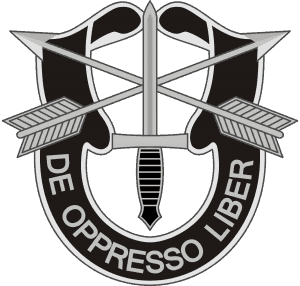 You would have to do a bit of research to also know that the missions of Special Forces are:  unconventional warfare, foreign internal defense, special reconnaissance, direct action, and counter-terrorism.  Because their missions are covert, under current doctrine they are often dressed in local garb.

To the world, they are dangerous men in green berets.

The Boss, when he was running companies, used to like the motto “Urgent Excellence” as he believed that most of the success in business entailed being 80% right and done on time.  In reality, he was was looking for a higher level of performance but it had to be done in an urgent manner.  The underlying sentiment also was based upon not making good the enemy of perfect. 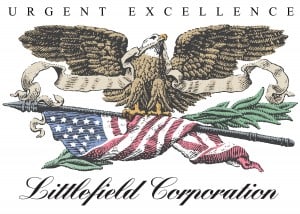 This sentiment is most powerfully communicated when the identifier is both verbal and visual.  You may call it a slogan or a motto but it is at its core an identifier.

The Boss always gets a kick out of Google’s motto — Do no evil.  [Haha, this is the low hurdles, no?  Big Red Car, STFU.]

The point of this commentary is to suggest that as a culture matures and grows beyond the control of the CEO — this is a good thing as it suggests complete buy-in and a mature community — the company will begin to identify with the culture.  The identity of that culture which may or may not be reduced to a brand (literal brand), graphic and/or motto will become an important element in the strength of the culture.

The dialogue will transform from “what is the policy” —behavior — to “that’s the way we do things here”.  When people begin to suggest that there is a particular “way” that you do things in your company, you have achieved a huge milestone in the development of a robust company culture.

The identifier, the motto and the culture will all begin to suggest the answer to almost any question related to operations.  “80% right, done on time” will inform the production folks and the sales folks to get the product out the door.  “Do no evil” will begin to inform the community as to the desired outcome and therefor provide guidance.

This is a subtle transformation to be sure but one The Boss has seen numerous times and one that can also be detected as missing.  It is not a huge problem if this transformation has not yet occurred or even if it never occurs.  It may be right around the corner.

The Boss is not a zealot of company graphics or logos or mottoes or slogans.  He believes them to be useful tools but no more.  [Of course one company The Boss ran the folks went out and got tattoos of the company brand and logo.  Wash off henna tattoos, ya’ll.  Haha, sayeth the Big Red Car.]

Ah, but when the time comes this is a very good way for the company, its community of workers and the culture to identify itself in a sort of shorthand that informs, enriches and leads the team in the right direction and becomes a bedrock element of the company culture.  It is an element of a modestly mature company culture.

Let it come to you naturally but when it does, do it with vigor.  You will probably be ready sooner than you think.

One thought on “Behavior v Identity in Company Culture”